The Russian civil space activities are being planned for long timescales through specially developed programs, which are considered to be of state importance, being approved at the governmental level. Annual budgets to support the development of these space activities are being allocated from the state budget, in accordance with programs in which funding has been secured, or for which concrete plans are in place, for all their corresponding items. Therefore, these programs provide the main definitive documents for planning this type of space activity in Russia currently and provide the legislative grounds for them to proceed, including results to be achieved in planned timescales, and levels of funding to be allocated for the planned works during their implementation periods.

(indicated in square brackets in the text; a page, on which the reference is made for the first time, is shown in round brackets after each reference below)
1. Funding for Russian Space Programs: History and Current Status, 2008 (page 6).
2. The Federal Space Program of Russia for 2001-2005, Plans and Comments, 2001 (page 6).
3. The Russian Federal Space Program: Results of the FKP-2005 and the prospects of the following FKP-2015 Program, 2006 (page 6).
4. On Eve of Big Changes: a Near Completion of the ‘Roscosmos’ State Corporation Establishment and a Waited Approval of Russia’s Federal Space Program for 2016-2025, 2016 (page 6).
5. Khrunichev: Cooperation for the Sake of Mutual Success (and Self Interest), 1996 (page 9).
6. The Recent Failures in Russian Space Activity: Causes and Consequences, 2012 (page 24).
7. The Next Failure of Russian Launch Vehicle and the Supposed Organizational Actions for Termination of the Series of Launcher Failures (the supplement to ‘The Recent Failures in the Russian Space Activity: Causes and Consequences’ report), 2012 (page 24).
8. One more failure of the Proton-M launch vehicle: why the continued series of failures in Russian astronautics?, 2013 (page 24).
9. The Russian Space Industry Changes in Organizational Structure, 2014 (page 24).
10. New Merging after Dissociation: a Coming Foundation of ‘Roscosmos’ State Corporation, 2015 (page 24).
11. The Russian Space Budget for 2016 – a Budget of Transitional Period, 2016 (page 31).
12. The New Russian Initiative on a Continuation of Attempts to Use Nuclear Power in the Space, 2010 (page 63). 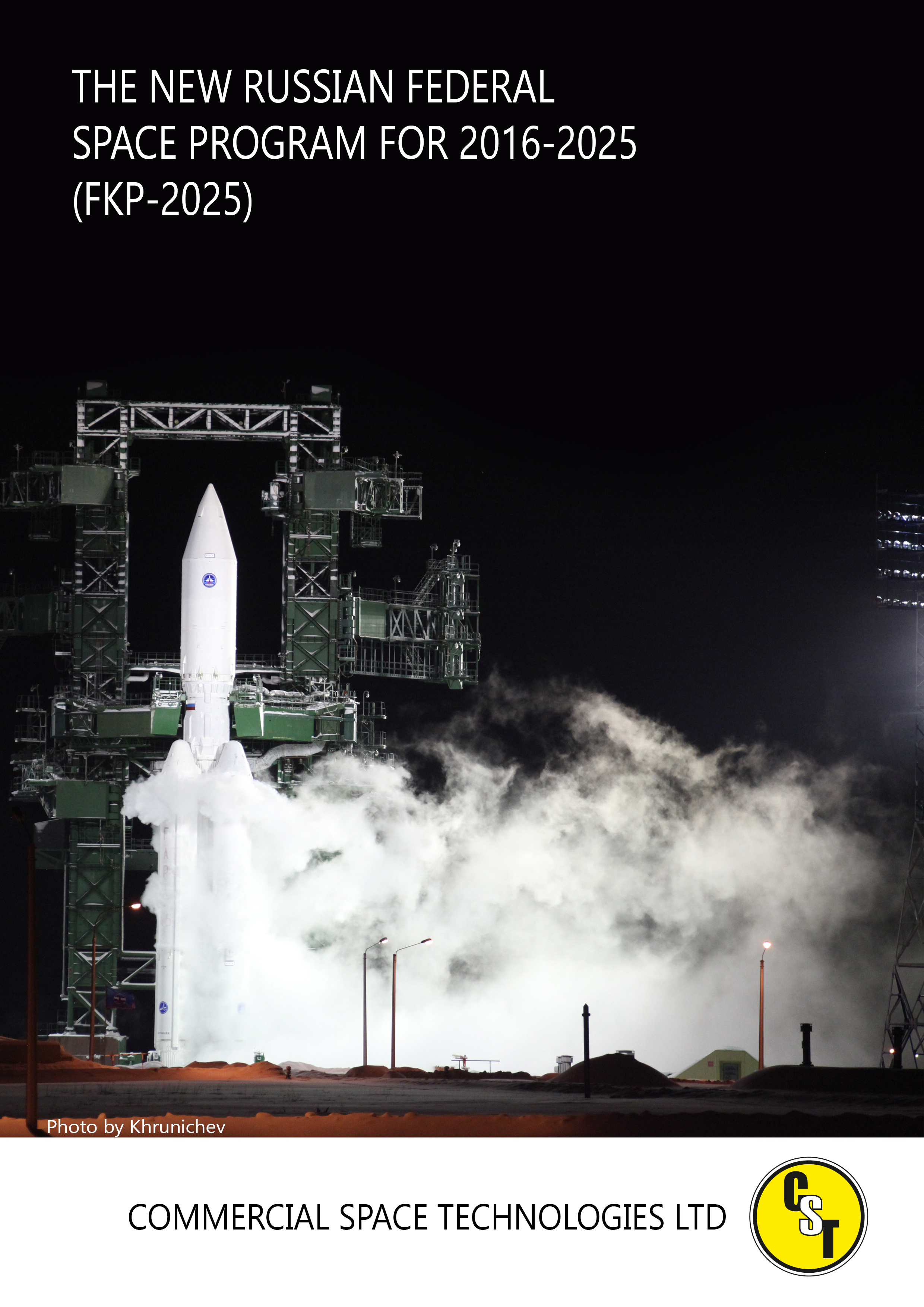