The current Russian leadership thinks about the country’s future investing in long-term breakthrough technology projects. One of these projects is a megawatt-class nuclear space power system for spaceflight. This project is viewed as crucial if Russia wants to maintain a competitive edge in the space race. If successful the project will lead to a whole range of challenging missions illustrated in Fig. 1. Among those tasks are: cleaning Resident Space Objects (RSO); boosting heavy payloads to geostationary orbit (GEO); the moon exploration; manned mission to Mars; missions to asteroids and comets, Lagrangian points, other solar system planets, and their moons, etc.

In particular, near the earth, an MW-power level nuclear power propulsion unit (NPPU) can serve as an earth/moon SAR/LIDAR. A space vehicle with NPPU can propel an inter-orbital tug or be used for clearing orbital debris as well as for asteroid diversion from the earth. The advanced propulsive ability of NPPU can be useful for Lunar exploration: delivering crew and cargo for a lunar base. The Nuclear power unit (NPU) can serve as a power plant for many applications. For interplanetary missions, the application of NPPU (delivering a specific impulse of 6000-9000 s /2/) will make it feasible for manned missions to Mars, solar polar orbiters, the exploration of the Jovian moons Europa, Ganymede, and Calisto, Titan/Saturn sample return, Neptune/Triton probes, asteroid science, comet and Pluto rendezvous, interstellar probes as well as other missions within the solar system and beyond. /3/

This report is an update of the previous versions [1, 2] regarding the current status of the project. All information is out of open-source materials published in the media. 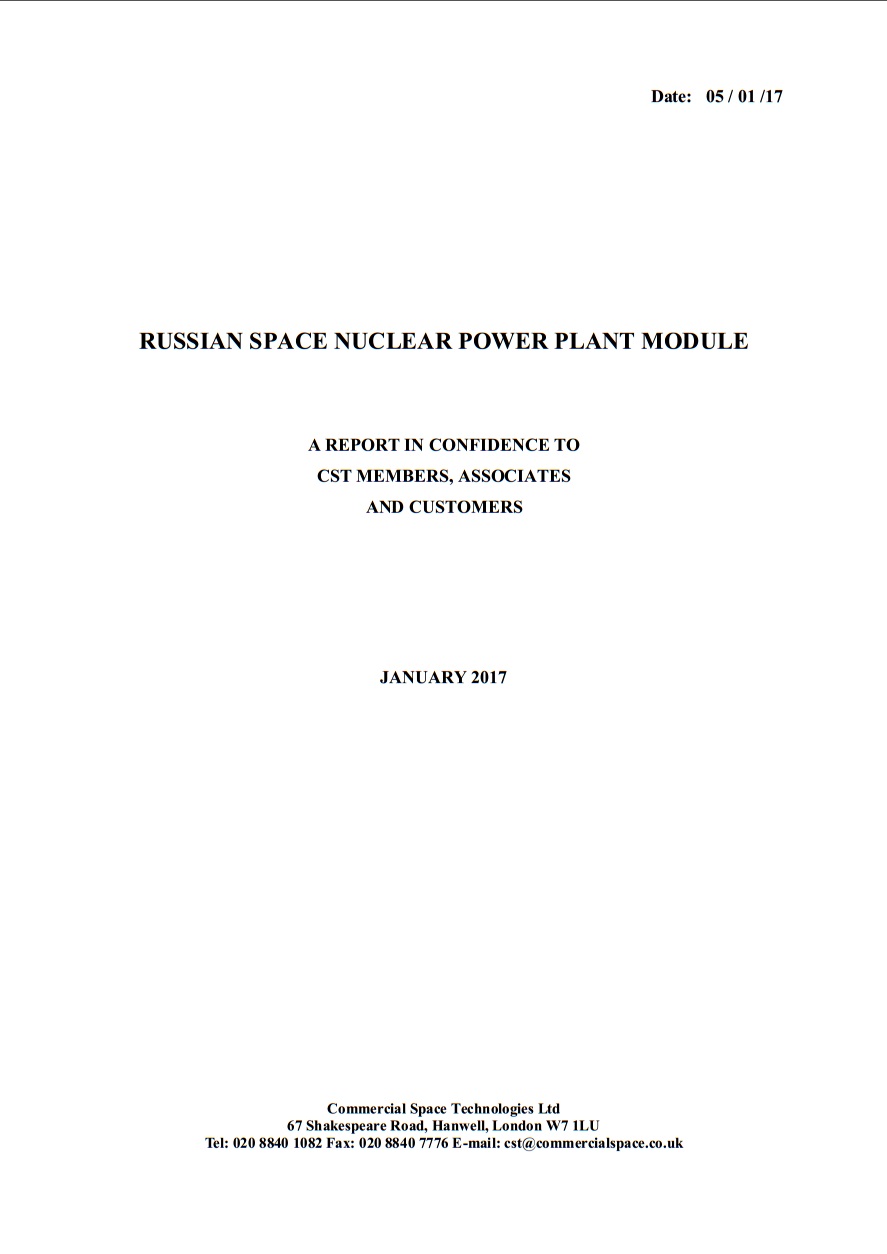