This report serves dual purposes. Firstly, it is a continuation of numerous studies, which appeared more than ten years ago, and forecast a significant increase in ‘super-small’ satellites (including satellites with masses of less than 100 kg i.e. those attributed to micro-, nano- and pico-classes). These studies explained the coming expansion of this class of satellite development, with recent achievements in the global electronics industry, and noted that these achievements allowed these super-small satellites to be developed, for significantly less cost than previous satellites of similar purposes, but with greater sizes and masses. However, these studies also noted that, whilst the reduced costs for development/manufacturing of these satellites expanded their availability for relatively ‘poor’ users, such as educational institutions, small private companies and even amateur organisations, an accompanying problem arose that the launch costs did not decrease in conjunction with the reduction in cost of these small satellites. It became clear too, that piggy-back and multi-satellite cluster launches of these satellites, which were providing acceptable launch prices, would not satisfy a significant number of the satellites’ owners, for specific reasons related to the features of these launches.

A detailed explanation of the current situation in this field, which became clear more recently, and has been reflected in presentations at various astronautical forums and has confirmed very well the previous forecasts, is the first purpose of this report.

REFERENCED CST REPORTS
(indicated in square brackets in the text)
1. Super-small Launch Systems for Super-small Satellites, 2002.
2. A Second Attempt to Create a Russian Private Launch Vehicle: Developments of the ‘Lin Industrial’ Company, 2014.
3. A Survey of the Current Inventory of Small Launch Vehicles in Russia and the FSU and Its Development to 2020, Edition 10, Revision 1, 2012.
4. Super-small Launch Systems of Air-launch Concept: Features and Prospects (Analytical reference), 2013.
5. A Brief Report on Participation of CST Representatives in the 66-th International Astronautical Congress, 2015.
6. A Preliminary Assessment of Swiss Project of the SOAR Air-launch System, 2014.
7. A Choice of Carrier Aircraft for Air-launch Systems, Carrier Aircraft Options or Air-launch Systems, 2013. 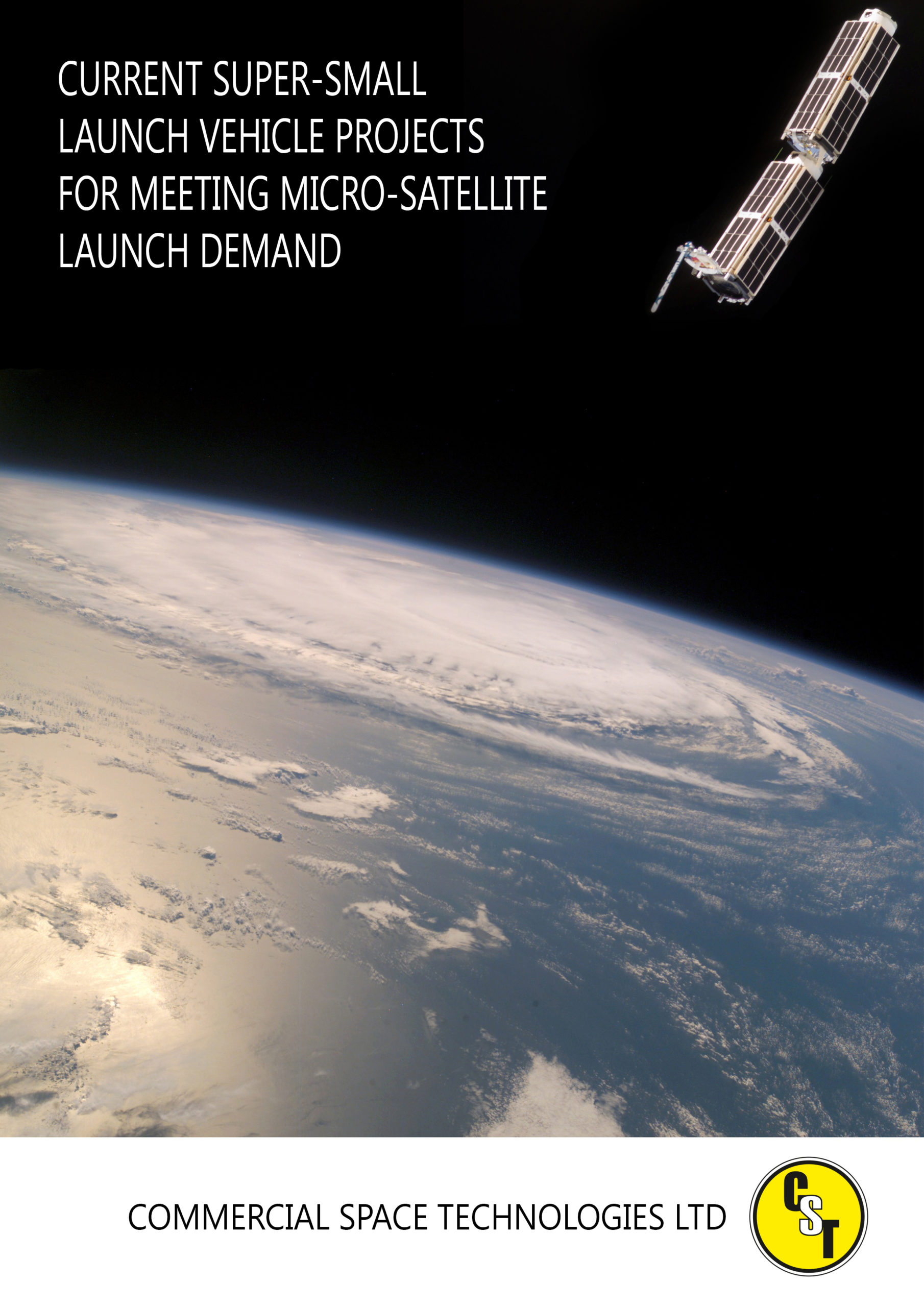